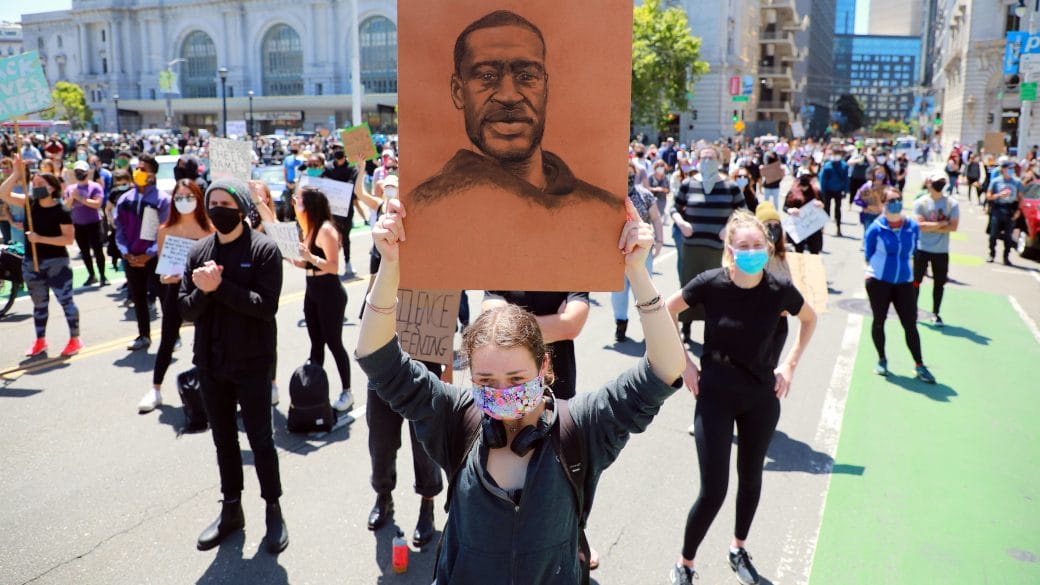 This was regarding the death of a black man named George Floyd, who died in police custody.

Trump tweeted a 3.40 minute-long video on the 3rd of June and is now facing a copyright violation complaint.

Jack Dorsey, the CEO of Twitter has already had a beef with Trump.

Twitter’s latest move is pretty much likely to force Donald Trump into hardening his pillars against Jack Dorsey.

Only last week, Twitter had flagged tweets by the US president on mail-in voting as inaccurate.

This led to a heated-up confrontation between Mr Dorsey and Mr Trump, who threatened to shutter social media over Twitter’s actions on his posts.

Later in the video, Trump urges people against taking up violence and anarchy from getting influenced by radical left-wing groups.

Images of riots and vandalism are then utterly shown.

The clip then moves on to show police officers hugging the general masses.

US civil rights groups on Thursday had filed a case in which they sued Donald Trump.

This was after the security forces fired pepper balls and smoke bombs to clear protesters outside the White House.

Jack Dorsey, CEO of Twitter, has stood firmly by Twitter’s decision to flag the US President’s tweets.

“Fact check: there is someone ultimately accountable for our actions as a company, and that’s me. Please leave our employees out of this”, he had said.

“We’ll continue to point out incorrect or disputed information about elections globally. And we will admit to and own any mistakes we make,” he tweeted on the 28th of May.