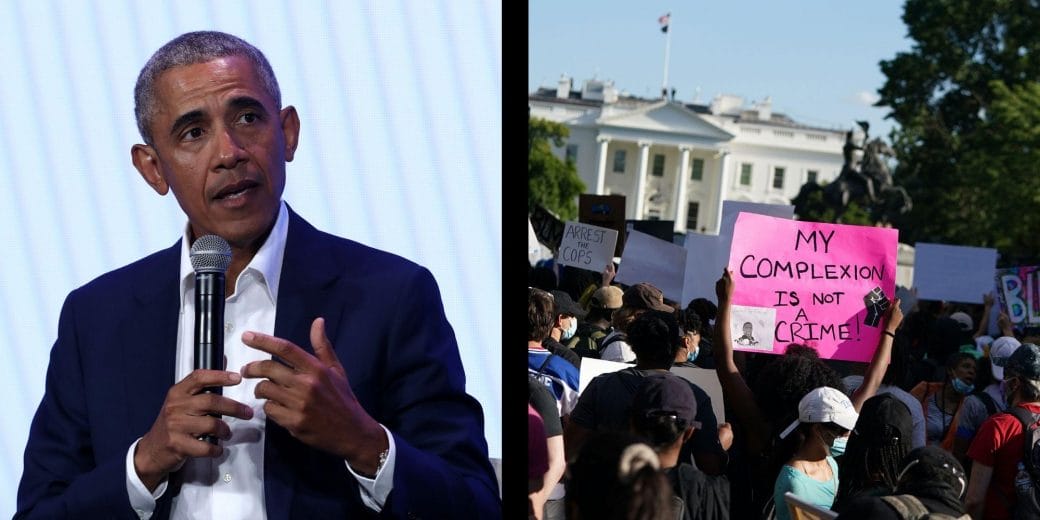 Obama: ‘This Country Was Found On Protest’

This was in regards to discussing policing and the civil unrest, following the murder of George Floyd in Minneapolis.

It was host by his foundation’s My Brother’s Keeper Alliance, that supports young men of colour.

Barack Obama said that young people help him feel motivated and optimistic about the future.

He also spoke about the need and importance of protests in American history.

“Just remember, this country was found on protest. It is call the American Revolution”, he said.

Obama adds that every step of progress in America, every expansion of freedom, every expression of their deepest ideals, has been one through efforts that made the status quo uncomfortable.

Protests and demonstrations have been stag across every city of the US after the killing of Floyd.

George Floyd, a black man who died after a white Minneapolis police officer press his knee on Floyd’s neck for more than 8 minutes.

The merciless act, even after he stops moving and pleading for air, saying “I can’t breathe”, has taken America by storm.

Young protesters, he said, have been galvanize, and their motivation could serve as inspiration for broader change.

Obama added that It’s utterly important for everyone to take the momentum that has been created as a society, as a country, and say ‘Let’s use this’ to finally have an impact.

He added that he’s urging every mayor in this country to review their use-of-force policies with members of their community and commit to reporting on planned reforms.

However, Obama did not directly address Trump’s handling of the unrest.

But he was, nonetheless, outrage by the use of chemical dispersants on protesters outside the White House Monday before Trump walk to a nearby church and held up a Bible.