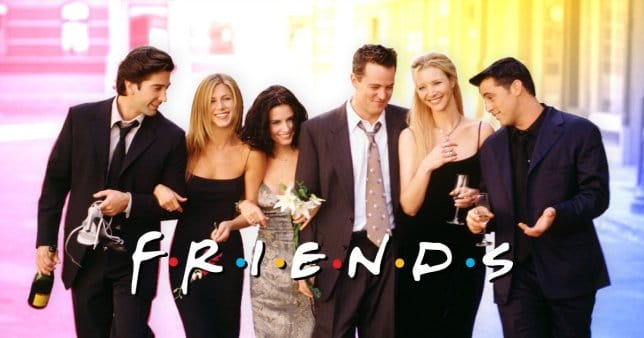 Jennifer Aniston didn’t fail to spice up our Monday when she posted a selfie with Lisa Kudrow and Courtney Cox on Instagram. Courteney Cox, Jennifer Aniston, and Lisa Kudrow played Monica Geller, Rachel Green and Phoebe Buffay in the timeless sitcom, Friends.

The 50-year-old actress shared two photos from their gathering on Instagram, referring to their iconic show. She wittily captioned it, “Hi from the girls across the hall.”

Aniston looked stunning as usual in a black top with gold hoops. Cox rocked a white blouse with gold earrings as she wore a gold necklace that dangled around her neck. Kudrow wore a multi-colored blouse giving us some Phoebe Buffay nostalgia and paired it with smart black-framed glasses.

Jennifer Aniston, who made her Instagram debut in October last year, shared a selfie with her F.R.I.E.N.D.S co-stars David Schwimmer, Matt LeBlanc, Matthew Perry, Lisa Kudrow, and Courteney Cox, of course.
Aniston managed to bag a Guinness world record with her very first post on Instagram. But that wasn’t a surprise considering a picture with her beloved friends was bound to break the internet. She posed alongside her Friends co-stars, Cox, Kudrow, Perry, LeBlanc, and Schwimmer.
With this legendary cast meeting in a selfie 25 years after Friends initially aired, Jennifer Aniston became the fastest Instagram user to reach 1 million followers, doing so in just five hours and 16 minutes.

No one would challenge the fact that F.R.I.E.N.D.S is still one of the most popular sitcoms ever. The show initially aired in 1994, and even after 25 years, it’s still one of the most-watched series on Netflix.
While Aniston wouldn’t disclose why the cast was getting together in her first post on Instagram, the HBO Max Friends reunion special was announced less than a month later.