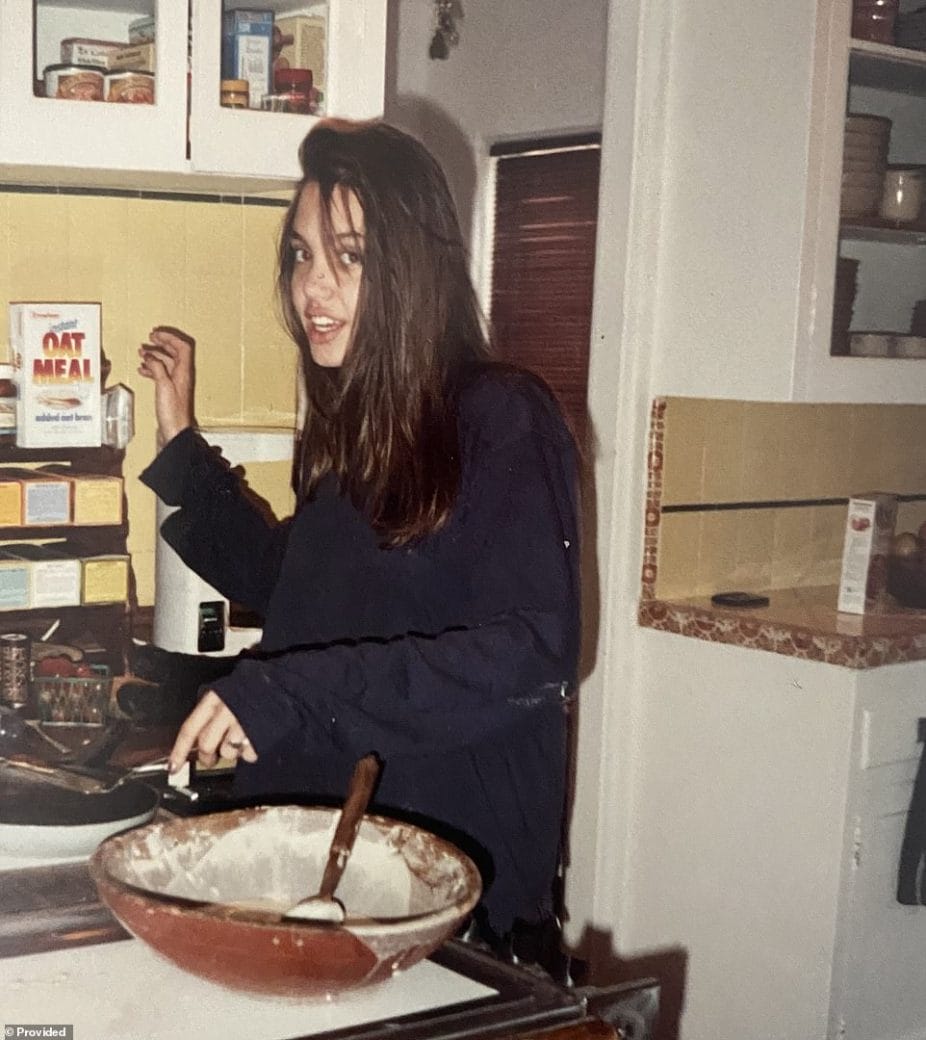 Angelina Jolie is one of the most highly acclaimed actresses of Hollywood. But back during her teenage days, she was someone really unrecognisable.

Angelina Jolie And Her Teenage Years

Ever imagined a 14 year old Angelina Jolie? The glamorous actress was really someone else during her teenage years. Hence in a exclusive finding, Jolie’s teenage stories were revealed with a series of pictures and hand written cards.

In the old pictures, Angelina seemed to be a carefree teenager. And was seen eating pizza, smoking and drinking out with friends.  And it is really hard to believe that a delicate actress like her was this different in her teens.

Jolie And Her Inclination Towards The Dark Side

According to the sources, there many such findings there were things which revealed about Jolie’s inclination towards the dark side.

Therefore she was seen posing in front of cemetery. And that Jolie wanted to become a funeral director. Moreover she had also done a course in embalming.

Apart from that she was addicted to weed. And that made her a complete wild child.

Also there were several postcards sent by Jolie to her friends. And through the postcards it can clearly be understood that she had a disturbed relationship with her family. As one of her postcards read:

” And that I’d rather lay naked in a pit full of red ants than go visit my relatives.”

And also there were cards where she wrote about meeting someone. And revealed about several romantic moments she had. From these cards it can be said that Jolie was very close to her friends and had a dysfunctional relationship with her family.

But we are happy that she somehow changed her path from becoming a funeral director to a Hollywood actress. Because nobody wants to miss the opportunity to watch a gorgeous and phenomenal actress like Angelina Jolie on screen!

Also read: Jada Pinkett Smith: August Alsina Still Feels For Mrs Smith As She ‘Brought Out The King’ In Him! Read More…

The post Angelina Jolie: A Sneek Peek To Jolie’s Teenage Years When She Used To Be The ‘Rebellious Teen’! Read More…. appeared first on Trending News Buzz.