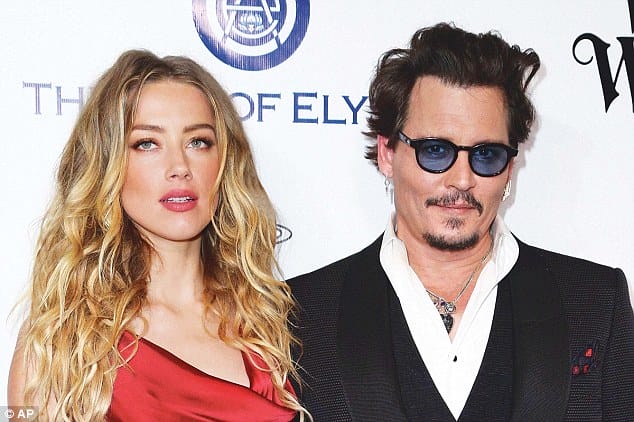 Amber Heard was seen buying groceries with girlfriend Bianca Butti. And it came a day after her explosive libel trail with Johnny Depp came to an end.

The Aqua Man actress accompanied by girlfriend Bianca Butti were seen buying groceries on Wednesday evening. And it was just a day after her libel trial with ex husband Johnny Depp ended.

As Heard was buying essential items at Whole Foods in Central London, she was  seen quite relaxed. Dressed up in all black, she covered her face with a red scarf as a precautionary measure.

And her girlfriend Bianca also donned a black mask. And was wearing a black leather jacket and skinny jeans. As they were quite engrossed in their shopping activity.

But recalling the last day of the trial on Tuesday, we can say that it was really a hard day for Heard. As she had tears in her eyes and gave an emotional speech. And went on telling that how hard it was for her to go through all these.

Therefore looking at these pictures of her outing with girlfriend we can say that Heard is quite relaxed and happy now.

The 16 day libel court trials finally ended on Tuesday.  But the judgement can be expected at around the month of September. To specify, the trials were based on Johnny Depp’s complain on ‘The Sun’ magazine for terming him to be a ‘wife-beater.

And following which he sued the magazine for a $1 million libel suit. During the court hearings Amber Heard and Depp continued their blame game. Therefore starting from throwing bottles on each other to defecating on the bed the ex couple has named it all.

Moreover Depp has also accused Heard of playing victim cards and that he is the real vicim of domestic violence. But the 16 day long trials came to an end. After which Heard broke down and told that everything has been really hard for her.

But this is not the end. Because Depp has filed a $50 million defamation case against Heard. And the hearings of the case will take place by next January.

As for now things have come to a halt and it is yet to be known on who was the real victim of the abusive marriage.

Also read: Angelina Jolie: A Sneek Peek To Jolie’s Teenage Years When She Used To Be The ‘Rebellious Teen’! Read More….