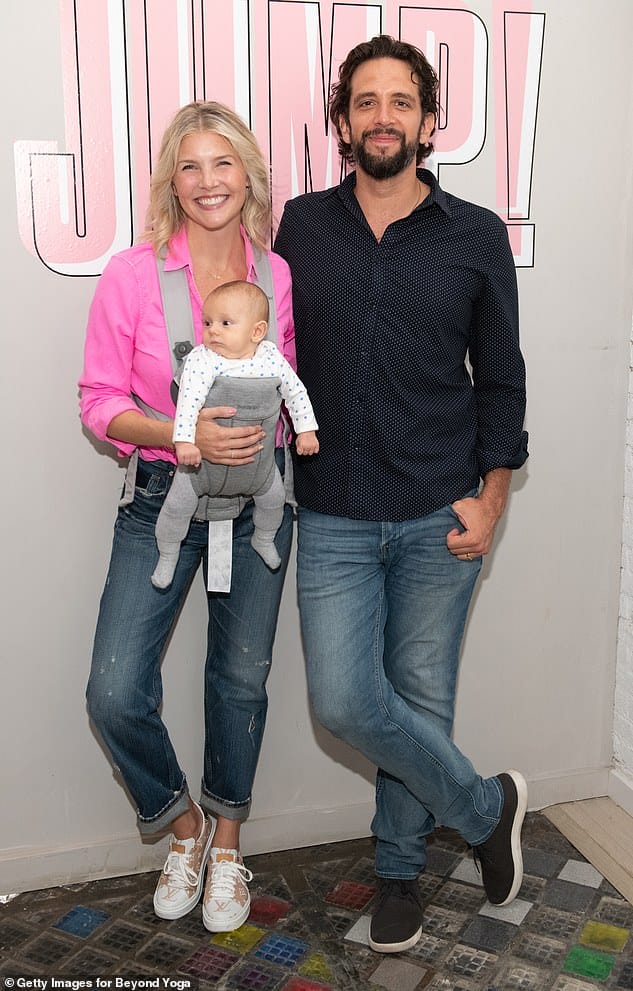 Before his tragic death Nick Cordero and Amanda Kloots had bought their dream house together. But couldn’t move in as the renovation work was incomplete. And after that Nick left for heavenly abode due to coronavirus complications.

So finally Amanda and their son Elvis have moved to the new house. She has shared a post on Instagram where she talked about how it feels to be moving in this new house in Nicks absence.

As Amanda posted a family picture with Nick and Elvis when they first got the keys of the house. She went on sharing her feelings through an emotional caption.

She wrote that moving in the house in Nick’s absence was not an easy thing. Because they had dreamt of it together. And the house was Nick’s dream house.

Thus it is quite haunting for Amanda. But on the other hand she also said that she is also happy because it is somehow like living Nick’s dream. And she is a part of it.

Therefore shifting to this new house wasn’t that bad after all. As she also posted the pictures of her grand new house.

The other celebrities and well wishers also showered their love and greetings in the comment section.

Coping With The Grief

Nick Cordero’s sudden demise at mere age of 41 has devastated Amanda. She has been trying to cope up with the grief. And is trying to be strong for their only son Elvis.

Parenting alone is quite challenging for Amanda but she is trying her best. But it is true that she always keeps her husband alive in her thoughts. And thus she posts about him frequently on social media.

Also read: Britney Spears: The Singer Spotted Sunbathing At The Beach With Boyfriend Sam Asghari! Is She Trying To Get Out Of Her Troubled Life? Read More..